We are excited to launch the Educational Art category in our blog!

What makes Art such a great teaching tool?

Art engages children’s senses in open-ended play and develops Cognitive, Social, Emotional and Sensori-Motor skills. Art is a cooperative learning experience that provides pleasure, challenge, and a sense of mastery. Instruction in the arts is one of the best ways in which to involve the different modes of learning; through art, children learn complex thinking skills and master developmental tasks (Belden & Fessard, 2001).

As we gear up for Rio 2016, here are some great Olympic Crafts to help kids learn the history and significance of prominent Olympic symbols.

The primary symbol of the Olympic Games is composed of five interlocking rings, coloured blue, yellow, black, green, and red on a white field, known as the “Olympic rings”. The symbol was designed in 1912 by Baron Pierre de Coubertin, co-founder of the modern Olympic Games. The ring colors with the white background stand for those colors that appeared on all the national flags that competed in the Olympic games at that time: 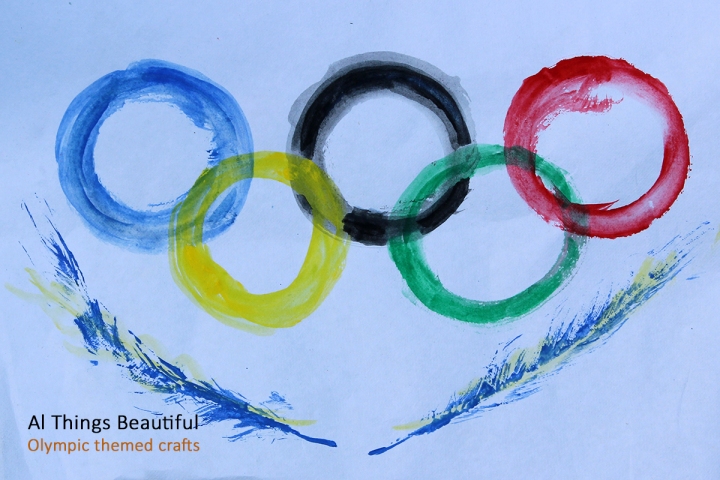 The Olympic flag is a symbol of peace, goodwill, and global solidarity and tolerance. It measures 2.06 m long, 60 cm high and is completely white with five circles in the center.

2. The Torch and Flame Relay of the Olympics 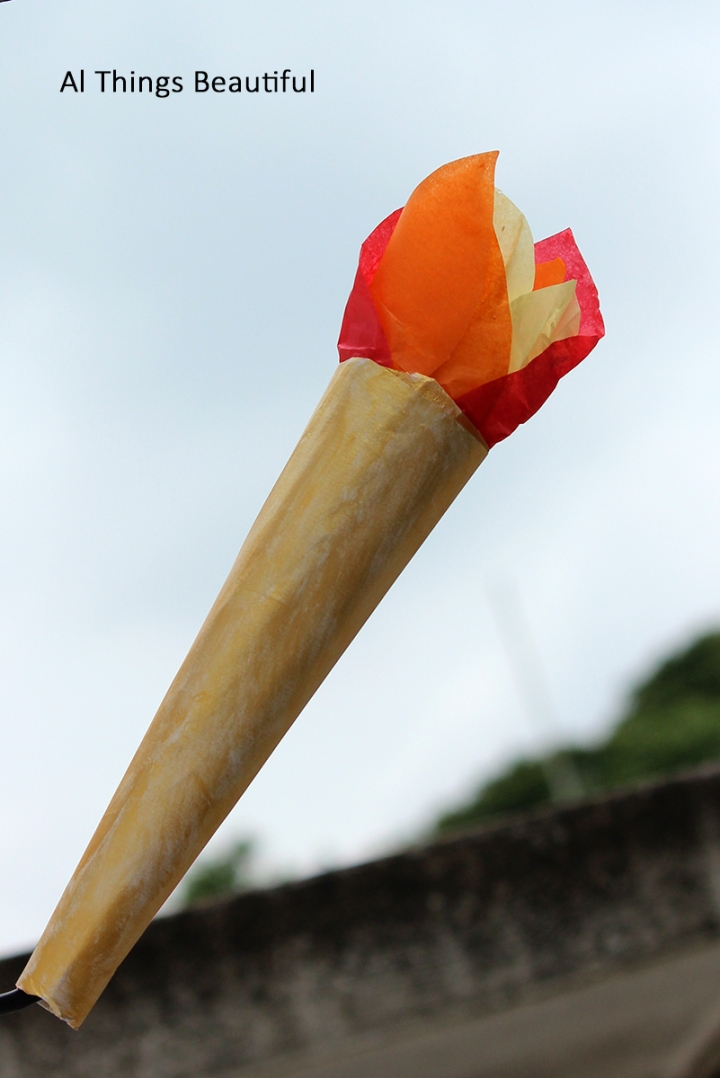 The Olympic flame is a symbol of the Olympic Games. Commemorating the theft of fire from the Greek god Zeus by Prometheus, its origins lie in ancient Greece, where a fire was kept burning throughout the celebration of the ancient Olympics. The fire was introduced at the 1928 Summer Olympics in Amsterdam, and it has been part of the modern Olympic Games ever since.

For each Olympics, a new flame is started in the ancient Olympic stadium in Olympia, Elis, Greece, using a parabolic mirror to focus the rays of the Sun. The torch briefly travels around Greece via short relay, and then starts its transfer to the host city after a ceremony in the Panathenaic Stadium in Athens. The Olympic Torch Relay ends on the day of the opening ceremony in the central stadium of the Games. The last runner uses a torch to light the large Olympic torch which burns throughout the games. The flame is extinguished during the closing ceremony.

The Rio 2016 Olympic torch has been designed by São Paulo studio Chelles & Hayashi – created with recycled aluminium. The design expands vertically when it comes into contact with the flame to reveal a series of colored resin sections.

The blue and green resin sections revealed beneath, along with the yellow flame, are designed to represent the sea, mountains, sky and sun, and are also the hues found in the Brazilian flag. The torch’s triangular shape alludes to the three Olympic values of excellence, friendship and respect.

At the Ancient Olympics, a wreath of olive branches was placed on the winner’s head (in Greek, this is called a kotinos).

The design for the medals of the Rio 2016 Olympic Games highlights the relationship between the power of Olympic heroes and the power of natural forces. The medals feature images of Nike, the Panathinaiko Stadium and the Acropolis. The silver and bronze medals have been produced using 30 per cent recycled materials. Half of the plastic in the ribbons which will be used to hang the medals around athletes’ necks comes from recycled plastic bottles.

During the opening ceremony, each team parades into the stadium behind their flag. The first flag to enter the stadium is the flag of Greece, the birthplace of the Olympics. The rest follow in alphabetical order according to the language of the host country. The flag and team of the host country close the parade. At each closing ceremony, when the Olympic flag is passed on to the future host of the Games, a Greek flag is raised to symbolize the past.

More than 200 member nations of the International Olympic Committee are expected to compete in the 2016 Rio Games.

Create these paper Flags to support your country:

Hi there, Good Day to you!

Welcome to Al Things Beautiful. I’m Ann and this is my space where I’m taking the plunge in sharing my ideas and designs with you.

Celebrating the gentle guardians who have taught our little ones not only just their firsts but also their good habits. Himalaya BabyCare wishes our lifelong teachers a #HappyTeachersDay! @himalaya.babycare @mom_junction
My Tweets